Start time: 6.00pm AEDT. Join us for presentations from the Netherlands and Australia from a project director and a senior system engineering practitioner, both exploring what works and where improvements can be made.

This is a rare joint event between the Systems Engineering Society of Australia and Young INCOSE The Netherlands.

This session involves two exciting presentations from the Netherlands and Australia; from an international transport project director and from a Dutch senior system engineering practitioner, both providing their unique perspectives as to what works and where improvements can be made in relation to Risk-based contract management & Systems Engineering.

This is followed by an online Christmas Networking Event with breakout sessions.

Many transport projects struggle with Systems Engineering, Independent Certification and how these processes are used efficiently whilst maximising the benefit to the project and in the end the taxpayer. Each project seems to apply these processes differently; often requiring a lot of effort and not always a lot of benefit.

In the Netherlands Systems Engineering has been successfully integrated in the infrastructure sector from the early phases of the project lifecycle up to the implementation by the major contract organisations. In Australia, Rolling Stock projects have the most mature application of systems engineering in the transport sector. 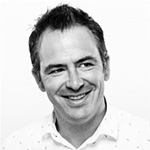 Bart is an experienced Systems Engineer in infrastructure, airport development and the energy sector and co-owner of the Dutch Boosting Group. In addition to coaching project teams in applying Systems Engineering and Contract Management, Bart also provides courses in SE and Risk-based contract management and he accompanies the implementation of these ‘ways of working’ in organizations such as Schiphol Airport, Shell, TenneT Transmission Network Operator, the Municipality of Amsterdam and several Water Authorities. Before DBG, he worked at the Ministry of Infrastructure and had a key role in implementing Systems Engineering at the Dutch Roads and Water Infrastructure Authority, Rijkswaterstaat.

Bart’s focus is to get grip on complex projects and minimize the failure costs for organizations a by always doing the right things and doing the things right. The Systems Engineering approach has become a natural way of working for Bart. His goal is to use his experience and spread his knowledge to help organizations and project teams to achieve optimum results for their needs and ambitions by using Systems Engineering. 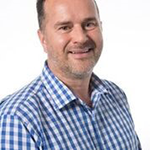 Guy Collishaw is an Engineering Manager and Program Director with proven track record for leading the delivery of multi-billion dollar Rail Transport Programs in the private and government sector in Australia, the UK, Germany and Sweden.

Motivated, passionate and committed about creating value for customers, engaging collaboratively with the full range of stakeholders and leading large teams to consistently inspire and deliver complex projects on budget, quality and time commitments to make a positive and meaningful contribution to business success.