The Role Of Physical Modelling In Today’s World

Start time: 1.00pm AEDT. Coastal and port engineers rely on four complimentary tools for the development of robust, functioning projects: theoretical analyses, numerical modeling, physical modeling, and field measurements. This webinar will examine the role of physical modeling in today’s world with a look toward the future.

It is important for experienced engineers, as well as younger members of the profession and decision makers to at least understand both the advantages and limitations of physical models.

This webinar, hosted by the National Committee Coastal and Ocean Engineering, PIANC Australia and New Zealand, and Engineers Australia, will examine the role of physical modeling in today’s world with a look toward the future. After a short introduction describing the underlying principles of physical modeling, typical modern-day model uses will be discussed, along with specific examples of how physical models contributed to successful projects. We will explore current worldwide trends in physical modeling that illustrate the continued importance of this engineering tool.

From there, we will step back from physical modeling and share opinions on several challenges faced by coastal and port engineers now and in the future. These topics include: climate change; maintaining the knowledge base; erosion of expertise; and perhaps most importantly, learning from engineering practitioners. A question and answer session will follow the presentation. 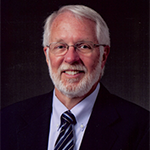 Dr. Stephen A. Hughes was awarded this year the 2020 John G. Moffatt-Frank E. Nichol Harbor and Coastal Engineering Award for his definitive contribution over 47 years to the field of harbor and coastal engineering across research, investigations, design and construction.

Dr. Hughes has been the consummate public servant as a research engineer, applications engineer and educator. He is considered a top tier coastal engineer and scientist throughout the international engineering community. His book “Physical Models and Laboratory Techniques in Coastal Engineering” published in 1993 remains a definitive reference for practicing coastal and port professionals.

Dr. Hughes has attained numerous accolades throughout his esteemed career with the US Army Corps of Engineers. In 2017 Steve was inducted into the Waterways Experiment Station Gallery of Distinguished Employees, one of the highest honours bestowed on only a few of the USACE research community.