This is the third event in a Climate Change Challenges series, a collaboration between Engineers Australia’s WA Division, the University of Western Australia’s Public Policy Institute (UWA/PPI) and Murdoch University. Each session of the four-part series stands alone, fulfilling an objective to build the confidence and competence of engineers to talk about the engineering implications of climate change (in our professional capacity, in communities and on boards) and to lead the development of solutions:

This webinar will address climate change from an engineering perspective, focusing on the implementation of solutions through education.  Our speakers will present ideas on how to educate ourselves as engineers and practitioners, and how to educate engineering students, the workforce and the community.

The webinar will be facilitated by Doug Aberle (College of Leadership and Management) with the following speakers:

Please join us for this webinar. Participants will be able to pose questions to the speakers via the Q&A portal, with a facilitated panel discussion to occur following the speakers.

If you can't view the webinar live, you may be able to view a recording on Engineers Australia video viewing platform (EA OnDemand). We cannot guarantee all webinars will be uploaded.

Further information on the speakers is provided below. 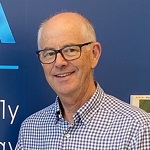 As WA Division President of Engineers Australia, Brian is passionately interested in ensuring that current and future engineers have the capability and skills to adapt to a rapidly changing world.

Previously VP Innovation Capability at Woodside, Brian has had responsibilities for Woodside’s technology programmes, and LNG developments. He has 10 years’ international experience with Royal Dutch Shell on LNG and gas to liquids developments and was based in Europe and Middle East.

Brian is an Adjunct Professor in the Faculty of Engineering and Mathematical Sciences at University of Western Australia. He is also the current Chair of Hydrogen Society of Australia. 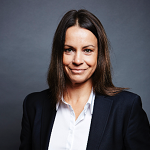 Jane MacMaster has worked as an aerospace, mechanical and systems engineer in Australia and internationally, focusing primarily on supersonic flight vehicle design, operations research and rapid prototyping in the Defence sector.

She has previously worked as a senior advisor within the strategy unit of the Department of the Prime Minister and Cabinet, and as a management consultant in the financial services sector. Most recently she was Founder and Director of Ponder Enterprises, where she used her engineering skillset to address complex societal challenges. She developed a conceptual model and practical techniques for complex problem solving which she taught at universities and to staff from Commonwealth and State and Territory government departments. 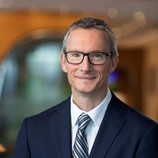 As Senior Vice President Climate, Tom is leading Woodside’s approach to climate change and has oversight of the initiatives Woodside is pursuing to limit emissions and prepare for a lower-carbon future.  Prior to this, Tom worked in a variety of roles for Woodside including VP Geoscience, VP Science, Chief Digital Officer, Chief Scientist and Chief Geophysicist.

Before joining Woodside in early 2000, Tom worked for 5 years in airborne geophysics at World Geoscience.

Tom is also an Adjunct Professor of Physics at the University of Western Australia.

A past WA President, James has been an engineer for 30 years, mostly in the oil and gas Industry, but also in aerospace, fuel cells, electric vehicles and renewable energy. He has worked in Australia, UK, Norway, USA, Canada, Denmark and The Netherlands and is passionate about the engineering profession, particularly about ensuring a strong future for engineers in Western Australia.  His involvement with the WA Division Committee over the past 4 years includes serving as WA President in 2017 and 2018. James holds a First Class degree in Mechanical Engineering from the University of Western Australia, an MBA from INSEAD in France and is chartered as an engineer in the UK and Australia. 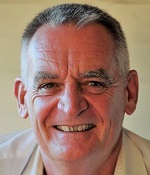 Doug spent the first 40 years of his career in the electricity industry, culminating in 6 years as Managing Director of Western Power.  Over this time he has honed and integrated his skills as an engineer, project manager, negotiator, public communicator and coach.

In parallel he has developed a psychotherapy practice over 35 years and holds Clinical Registration with the Psychotherapy and Counselling Federation of Australia.